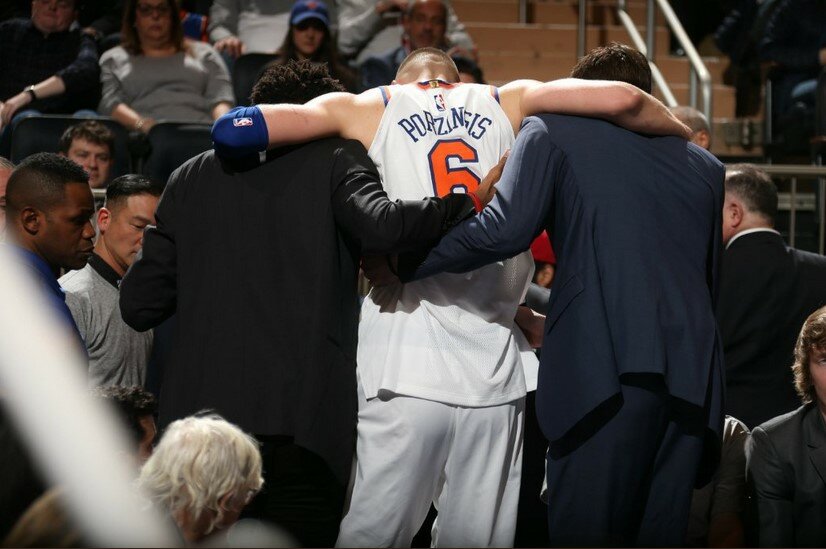 Last few years were a little dark for the Knicks. But, last year they finally decided to start over. Melo was traded and they put the keys of the team in Kristaps Porzingis hands. Expectations weren’t enormous. Maybe playoff, but Knicks wanted to become a stable franchise with solid results, at first.

In was going well for them. Knicks played decent basketball and Zingis was great. But then it all started to fall apart. Porzingis suffered a major knee injury. In the second quarter against the Bucks Zingis landed awkwardly after one drive to the basket. Porzingis tore his ACL and the season was over for him. And also for the Knicks.

An MRI revealed that Knicks star Kristaps Porzingis tore his ACL in Tuesday night's 103-89 loss to the Bucks. pic.twitter.com/LczJ5muDvz

At first, recovery went very well for Zingis. He slowly started to walk again with the cast on. Started to do some light training and Knicks expected him to come back at the start of the training camp for the next season. But latest evaluation gave some terrible news for the Knicks. Owner Jim Dolan told that Zingis could miss the entire next season.

-“I’ve been told everything from December to him being out for the season, so I don’t know what to expect on that,”- Dolan said.

James Dolan said there's a chance Kristaps Porzingis could miss all of next season https://t.co/3Tn67LmoTG pic.twitter.com/DD8Xd68a9P

If Zingis will truly miss the entire season, prepare for another year without the Knicks in the playoffs.