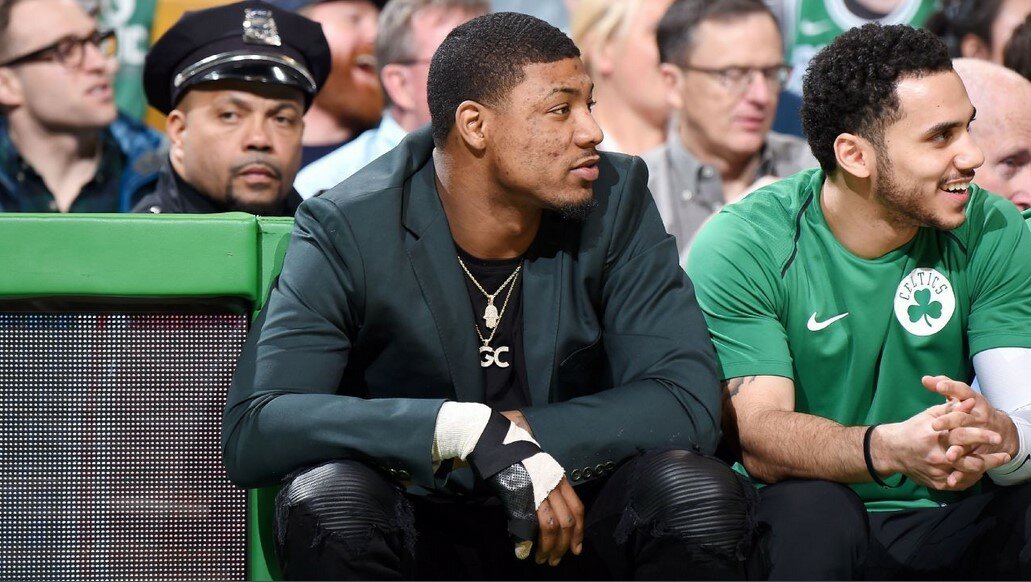 Boston Celtics are a team that was hit the most by injuries. It all started with that gruesome Hayward’s injury, then when we were close to the playoffs three more players were sidelined. Theis was the first to finish his season, then came Kyrie Irving. He supposes to came back in the playoff, but Celtics medical team decided that he’ll also miss the remainder of the season.

One of the last ones was Marcus Smart. Though guard injured his right hand and now potentially was out for the season. Celtics won their first two games, defended their home court against the Bucks. But when the series went to Milwaukee things turned. The first game was a heavy loss for the Celtics. Bucks were playing excellent basketball and fully took advantage of Boston’s short rotation.

But now there is finally some good news for the Celtics. Marcus Smart is probably coming back in this series. He said he is targeting game six of the series, but in Tuesday we’ll know the final decision. Unfortunately, Smart recently learned that his mother is battling cancer, but he is still willing to play. Celtics will use his energy and good defense, as well as they now have one more man in their rotation.