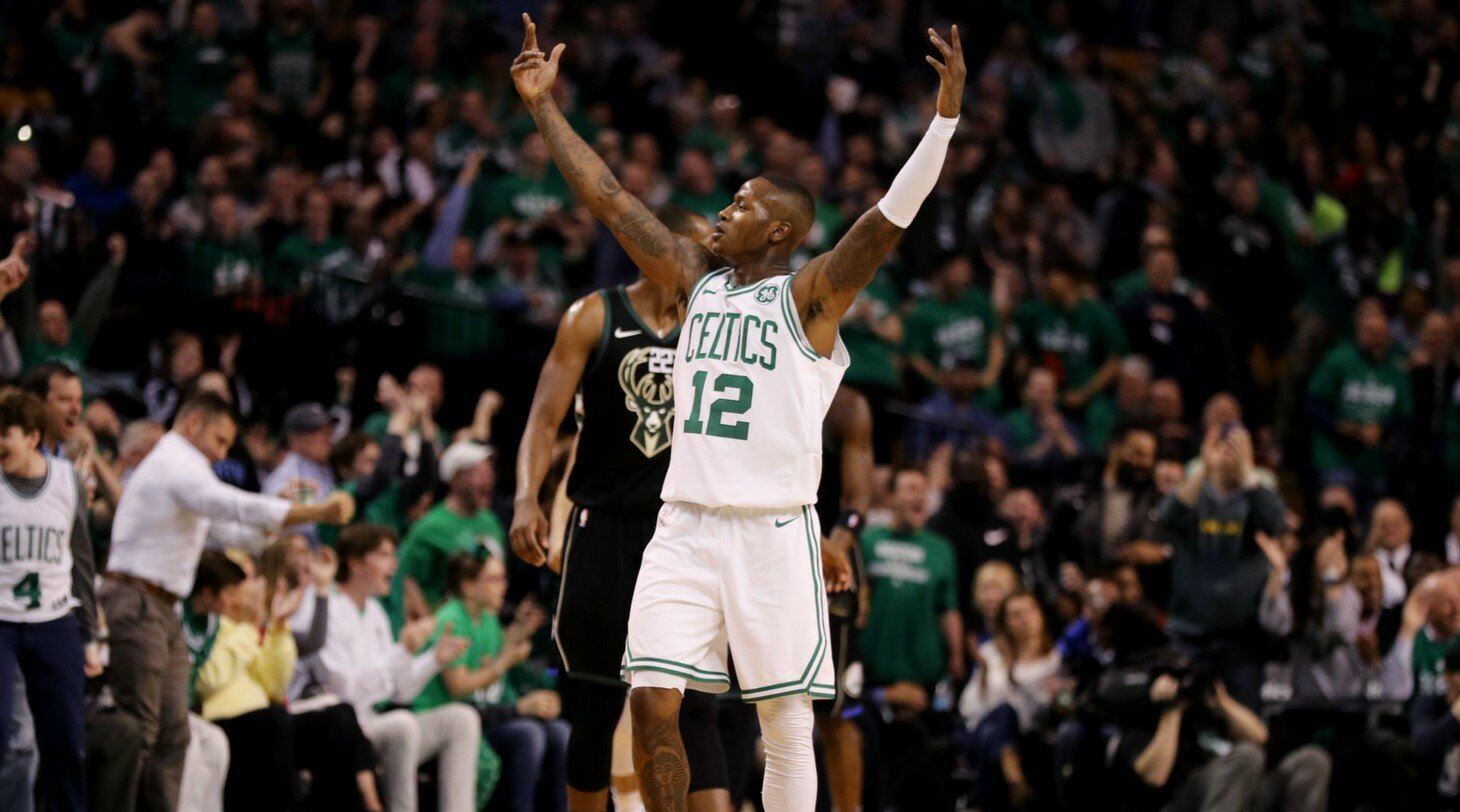 No Hayward. No Irving. No Smart. No problem. Boston Celtics have defended their home court against the Bucks in a swift manner. The first game was though, Celtics needed an overtime to beat them, but in the second one, they were firing on all cylinders.

Celtics young core has proven once again why they are one of the best young cores in the NBA. They totally crushed Bucks with beautiful teamwork and rock hard defense.  -“People have been writing us off all year. And we just keep proving people wrong. So that’s what we’re gonna do,” – said one of the best Celtics Jaylen Brown.

Who is Terry Rozier?

You know you have a problem when you shoot over 60% from the field and still lose by a pretty big margin. Celtics were excellent this game had only 7 turnovers in the entire game and their bench was on point. They outscored the Bucks bench with 41-25. After the game Bucks guard, Eric Bledsoe gave an interview. He was asked about Terry Rozier, one of the best players in the first two games. -“I don’t even know who da f*** that is. “- said Eric. Well, I think he knows it very well.

Terry had zero turnovers in the first two games. In first he directly decided the winner in the overtime and almost even in regular time. This game he scored 23 points with 8 assists. Brown had his playoff career high with 30 points and he added 5 rebounds to the count.

The most dynamic plays from Jaylen Brown & Terry Rozier as they led the @Celtics to a 2-0 series advantage!#CUsRise #NBAPlayoffs pic.twitter.com/UnnXBI0gDA

Celtics are now going to Milwaukee with a 2-0 lead. Even with all of these injuries, they proved us all that they are still a very good team.