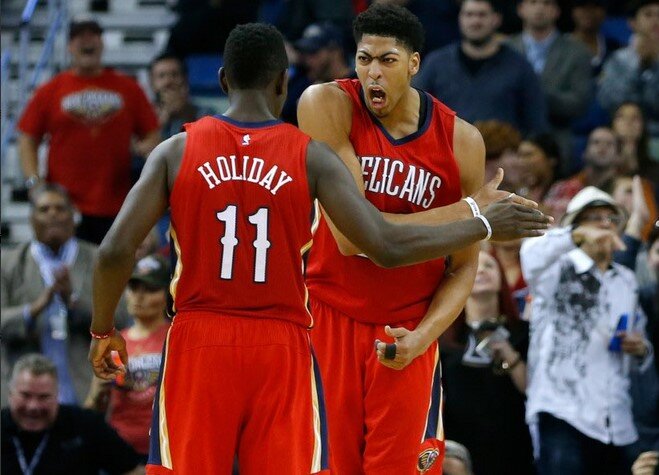 Incredible performance by Anthony Davis and Jrue Holiday was enough for the Blazers. These two with fantastic defense and playmaking maestro Rajon Rondo were just too much for the wounded Blazers.

We watched a very even game. Rajon Rondo was excellent in the first half, as well as Holiday. On the other side, McCollum finally started to hit some shots and managed to get some points. Aminu was the best player for the Blazers. He was constantly hitting from the outside and posed the biggest threat to the Pelicans.

Late in the third Pelicans started to get some momentum. Davis heated up, crashed the boards and started to score. Alongside him came Mirotić with a three-pointer and Pelicans finally got the double-digit lead. But Blazers didn’t surrender. Started the last quarter with 16-4, Nurkic was doing work in the low post and Aminu was still hitting it from the outside.

But in the end, Holiday and Davis were just too much. Jrue once again proved that he is the best guard on the floor and with finished the Blazers with the midrange game. If he missed something, Davis took care of it and the Pelicans swept the Blazers.

Davis and Holiday scored astonishing 88 points and now they are the duo with the most points in playoff history. Davis scored his playoff career-high 47 points with 11 rebounds and 3 blocks, while Holiday added 41 with 8 assists. Rondo was excellent, he dished out 16 assists and got 7 points and rebounds.

McCollum finally had a good game. 38 points for CJ but it wasn’t enough. Aminu added 27 with 5 three-pointers, but Lillard was once again awful. 19 points, but he shot 7/16 from the field. The Blazers have become the first third-seed in NBA history who was swept in the first round.